Take part in workshops and enjoy a free lunch, prizes, networking opportunities and a free ticket to an upcoming performance of Animal Farm.

Event will be held in-person at A Noise Within
3352 East Foothill Blvd, Pasadena CA 91107

Participants will rotate through the following workshops over the course of the day. 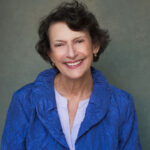 Dr. Miranda Johnson-Haddad is the Resident Dramaturg for A Noise Within, where she has been a consultant, educator, and dramaturg since 2009. She holds a B.A. in Comparative Literature from Princeton University and a Ph.D. in Renaissance Studies from Yale University. Dr. Johnson-Haddad has taught at Howard University, UCLA, Vassar College, and Yale University. She has served as the Performance Editor for Shakespeare Quarterly; as Scholar in Residence at the Folger Shakespeare Library in Washington, D.C.; and as a consultant and teacher for The Shakespeare Theatre Company in Washington, D.C. Dr. Johnson-Haddad is a frequent speaker at many venues in the LA area, including A Noise Within, Boston Court Theater, Los Angeles Opera, and the Shakespeare Club of Pomona Valley.

Class Description:
In the text sessions, we will examine how George Orwell’s classic novel Animal Farm is adapted by famed British director Peter Hall, lyricist Adrian Mitchell, and composer Richard Peaslee into a musical. We will explore the ways in which teachers could incorporate both the novel and the play into their classes. We will end by discussing the timelessness of Orwell’s themes and how teachers in many different fields might use the novel and the play in their classrooms. 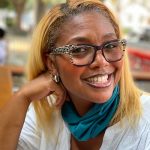 Dr. Nikki Gilliam earned a B.A. in English from the University of Michigan, Ann Arbor, later an M.A. from California State University, in Northridge, California, and most recently, an Ed.D. from Loyola Marymount University in Educational Leadership for Social Justice. She has been an educator in the Los Angeles Unified School District for over 20 years in elementary, middle, and high school and has received various awards and fellowships. She enjoys teaching and learning new things, and has always had a love for the theater, and watching students discover the power of their own voices is one of her greatest joys. Dr. Gilliam makes her home in Los Angeles with her husband and two grown-ish children.

Class Description:
For nearly three years, we’ve heard people describe our lives, our way of being, as the “new normal.” What exactly does that mean? What exactly is normal, and who decides what is? Join us as we, in groups of various sizes, take a closer look at what we normalize and how we feel about those things. 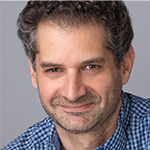 Jeremy Rabb is a Resident Artist and Teaching Artist at A Noise Within. As a private acting coach, he has guided students of all levels in acting, auditioning, character development and textual analysis. At A Noise Within, he has coached, mentored and taught for Summer with Shakespeare. His acting credits at ANW include Lafeu in All’s Well That Ends Well, Camillo in The Winter’s Tale, Roderigo in Othello, Freddy in Noises Off, Cornwall in King Lear, The Padre in Man of La Mancha, Stephano in The Tempest, Porter in Macbeth, Sir Andrew Aguecheek in Twelfth Night and Clov in Endgame. Since 2007, Jeremy has also volunteered as a head mentor for the Young Storytellers Foundation, helping underserved elementary school students create stories and see them brought to life through performance. He’s a graduate of both Princeton University and the American Repertory Theatre Institute for Advanced Theater Training at Harvard University.
Class Description:
We’ll be analyzing two short monologues of Benedick’s from Much Ado About Nothing from an actor’s perspective, exploring not just meaning and contrast in character, but also the various tools necessary to breathe life into a piece and transform it from the page to the stage. We’ll also address how an actor approaches Shakespeare’s prose as opposed to his verse.